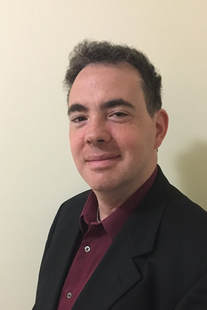 Ian Nathaniel Cohen is a native of Miami, Florida, where he grew up immersing himself in literary and cinematic swashbucklers.  He graduated from the University of Central Florida in 2003 with a BA in Radio/Television Production and a Minor's Certificate in Applied Computer Science.  He also received his MA in Asian Studies from Florida International University in 2006, where he teaches the course Asia Through Film as an adjunct lecturer.  In 2010, his essay Heroes & Villains of the East, analyzing the evolving depiction of the Japanese in Chinese and Hong Kong martial arts cinema, was published in FIU's Japan Studies Journal.

Ian was also a participant in the Semester at Sea program in Fall 2000, sailing to ten different countries across three continents, and he has traveled extensively beyond that.

From October 2013 to March 2018, Ian was a guest blogger on the website Channel Awesome (formerly known as That Guy With the Glasses) writing The INCspotlight, a review blog focusing on classic films, comic books, video games, and anything else that strikes his fancy. The INCspotlight is now hosted on this site, and Ian is in the process of transferring over his older content.

His other interests include fencing, acting, stage magic, and heroic mythology and folklore, among various others.