The Brotherhood of the Black Flag 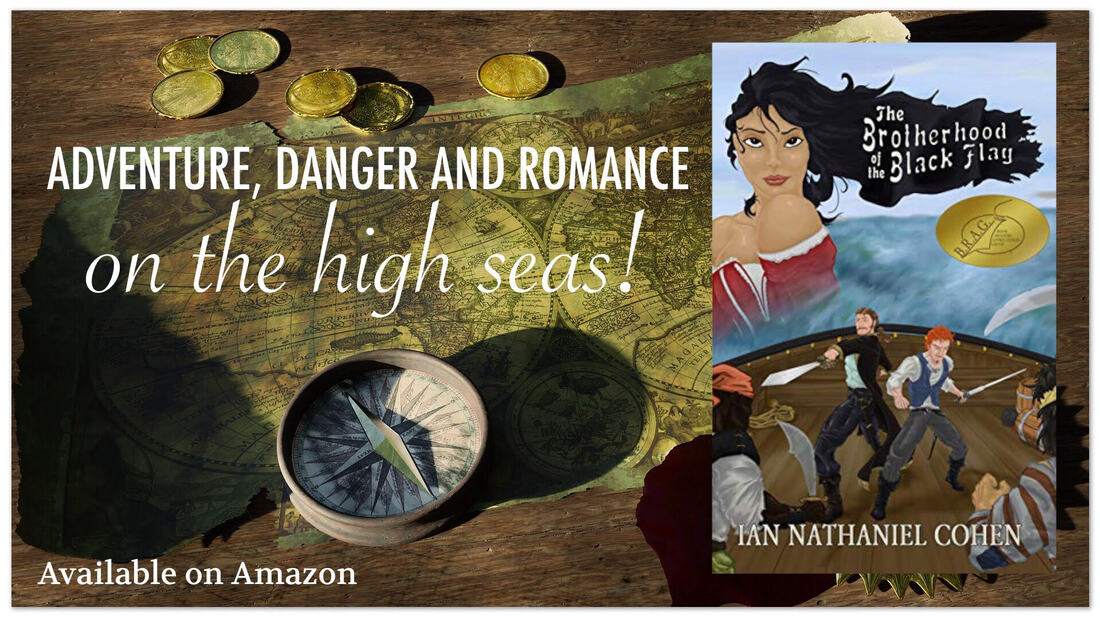 His once-promising naval career in tatters, Michael McNamara leaves the newly-United Kingdom behind in search of a new life. With no other skills but the sword, he joins forces with a pirate turned pirate hunter, determined to rid the Caribbean of the Brotherhood of the Black Flag once and for all.

Eager for a worthy cause to fight for, McNamara pits himself against treacherous seas and battle-hardened buccaneers... and uncovers an international conspiracy that threatens the lives of thousands.

The Coffee Pot Book Club - "Powerfully imaginative and with a keen eye on the entertaining, Cohen has penned a book that is not only an enthralling epic adventure set during the Golden Age of Piracy but one that is also witty and inspired."

Discovering Diamonds - "The Brotherhood of the Black Flag is a must read for anyone who is captivated with the Age of Piracy. Cohen has done a remarkable job developing a story that places readers in the middle of the action, and into the heart, soul and spirit of the hero."

Samantha E. Fischer - "I would recommend this book to anyone, but especially to those who enjoy action and anything to do with boats or pirates."

The Red Headed Book Lover - "...an engrossing, phenomenal, piece of fiction in which the reader will be entertained from beginning to end."

Desert Rose Reviews - "From the first paragraph, this story pulled me in, and took me on a daring and dangerous tale, with hints of romance and humor for spice."